Hai Van Pass is floated above the blue sea surface of East Sea, stretched about 30 kilometers from Hue to Da Nang. It is a high mountain pass area located along the Vietnam coastline of 1.600 kilometers. Many centuries ago, this mountain pass area formed a dividing wall between ancient Cham culture in the South and civilization inheritance of Vietnamese ethnic in the Red River Delta as well as the dividing line between cultural influences from the North and the South Asia.
Today, Hai Van Pass is a climate barrier between the South and the North. The South owns tropical area influenced by South Asian monsoon climate with 2 different seasons: dry and rainy season. The North is situated inside the sub-temperate climate. Walking on Highway No.1, you will feel the caressed cool breeze as well as enjoy the amazing scenery along the road to one of the most beautiful beaches in Vietnam.

The cellar of Hai Van, where the train starts to go from Danang to Hue
From Da Nang, visitors go along to National Highway No. 1 then cross Nam O River to reach a same name village where is famous for manufacturing delicious sauce throughout the country. Starting from here, the road is slope up like white yarn wrapped on green mountainside until up to the peak, you will see the panoramic view of bay and city below appeared suddenly, so nice to stupor. Far away, the white sand ribbon of Non Nuoc beach spreads to the horizon, beyond the tottery rocks of Ngu Hanh Son.

One of the most spectacular and dangerous bend in the Pass.
From 496 meters elevation, this pass of clouds leaves tourists the impressive landscape of stretched coastal strip of Viet Nam. On top of the Pass there is a small shrine to worship mountain god symbolized by a tiger statue - the lord of forest, while there are several small shrines along the road to remember people those who had accident and died. Moss was growing full of bunker - called Don Nhat - built by the French in 1826 to defend this strategic pass. It has durably gripped on the slope for decades and from here visitors can take a view along the pass from both sides.

Don Nhat witnessed many uprisings of Vietnam people during a struggle against the French colonialists’ domination. After that, this bunker was transferred to the hands of the US. Vietnam People's Army had once used this bunker to fire into Da Nang.

The road starts sloping then straight to the city of Hue. Looking down from high, the path looks like a yarn which run zigzagging with so many corners makes us feel an endless road. But only until you begin to lose hope, the cars glide around the final corner and a very spectacular landscape appears before your eyes: Lang Co beach and Lang Co fishing village.

Though you are at temporary stop point or the final point of the journey, Lang Co always is a great destination in your route through Hai Van Pass. Crossing Hai Van Pass, travelers will move on to flat delta-roads. It’s time for them to comfortably contemplate immense rice fields and peaceful villages gripped on the road to Hue city.

+ The most appropriate time to cross Hai Van Pass: You should be present on the top of the pass at dawn or dusk to be able to enjoy the most beautiful scenery as well as own the most beautiful, deepest photos possible.

+ On the way to pass the Hai Van Pass, remember to buy a few cups of coffee and go to the top of the pass to sip, this is definitely an extremely interesting and unique experience.

Take a Look at Our

Occupying more than 300km coast from Thua Thien Hue to Quang Nam, Hue, Danang and Hoian are the ideal destinations to explore the World heritage...

Pu Luong Natural Reserve is known as one of greatest off the beaten track places in Vietnam. It is an ideal forest area that is suitable for... 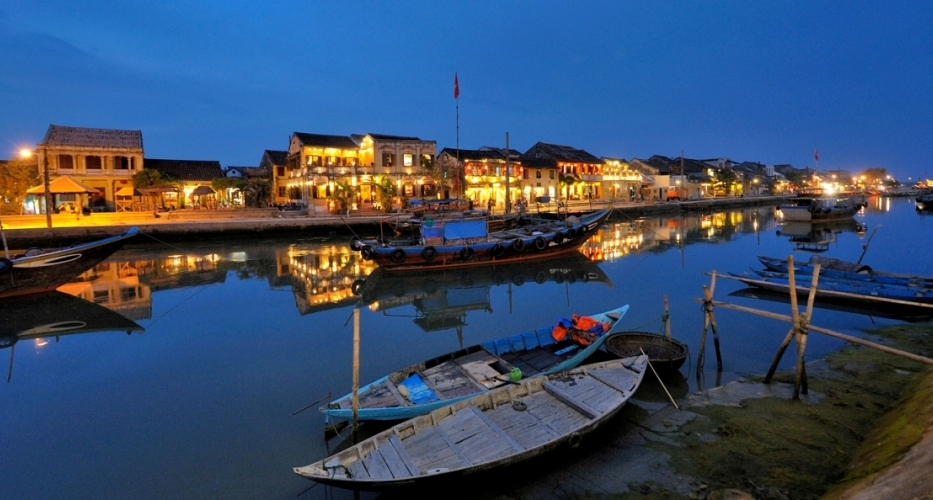 Experience Hoian by another way with the living at the local house. When walking along the ancient streets of Hoian Old Quarter, you suddenly fall in...

Lang Co Bay - One of The Most Wonderful Bay of Vietnam

Being a well-known tourism destination of Hue, there are lots of places to visit in Bach Ma such as: Do Quyen...
View detail

Tam Giang lagoon brings a charming beauty of Hue land at the sunset. The water surface is sparkling with...
View detail

Although situated in the heart of Hue city, Thuy Bieu Village brings an appearance of a peaceful village with...
View detail

The Most Poetic Couple of River and Mountain in Hue

comparison with other cities in the world, Hue is truly too small. Over the years of changing, Hue still...
View detail
Other Destinations
Call to book
(+84) 3 87 86 68 52
sales@fareastour.com

Excellent arrange, a really adapted proposal to our request

We were a group of 3 couples, chose FarEastour for our trip in Vietnam. We had some wishes:...
Brugnon

We are very happy with our 22 days trip organized by Far East Tour! Our travel consultant,...
Natalia Sarmiento

I had a great time in Asia!

Dear Esther, I had a great time in Asia! You did arrange everything so perfect. Thank you so...
Denise Engeler

Touch with you again and remembering our unforgettable trip

Dear Christine, Hello, is good getting in touch with you again and remembering our unforgettable...
Albert Otoya

We had a very pleasant tour on Douce Mekong

Dear Wind,   Thank you once again for your assistance, we had a very pleasant tour on Douce...
Deborah Gabriel

The trip to Ha Long Bay exceeded my expectations

Morning Esther,   Now that I have returned to Australia I just wanted to send you a quick...
Brett Heinrich , Australia

My trip to Sapa with your company has been great

Thanks a lot for your collaboration. About my trip to Sapa with your company has been great. The...
GIANCARLO CEREA

13 Days From Hanoi to Mekong with lots of happiness

We have been very happy having Mr Cong as a guide for Hanoi, and our cruise in Halong Bay was...
Bernard Gabioud , Sweden

We asked Far East to put together a tour of Vietnam from north to south. They promptly emailed a...
Lou Barbaccia , Carlifornia

Very friendly and professional travel agent. Good advice given on what type of journey suits you....
Ecdfit , France

I recommended your company to our travel agent in Germany

Dear Christine, Everything was fine, also the food. And for the vegetarian they tried special...
Bettina Voss , Germany